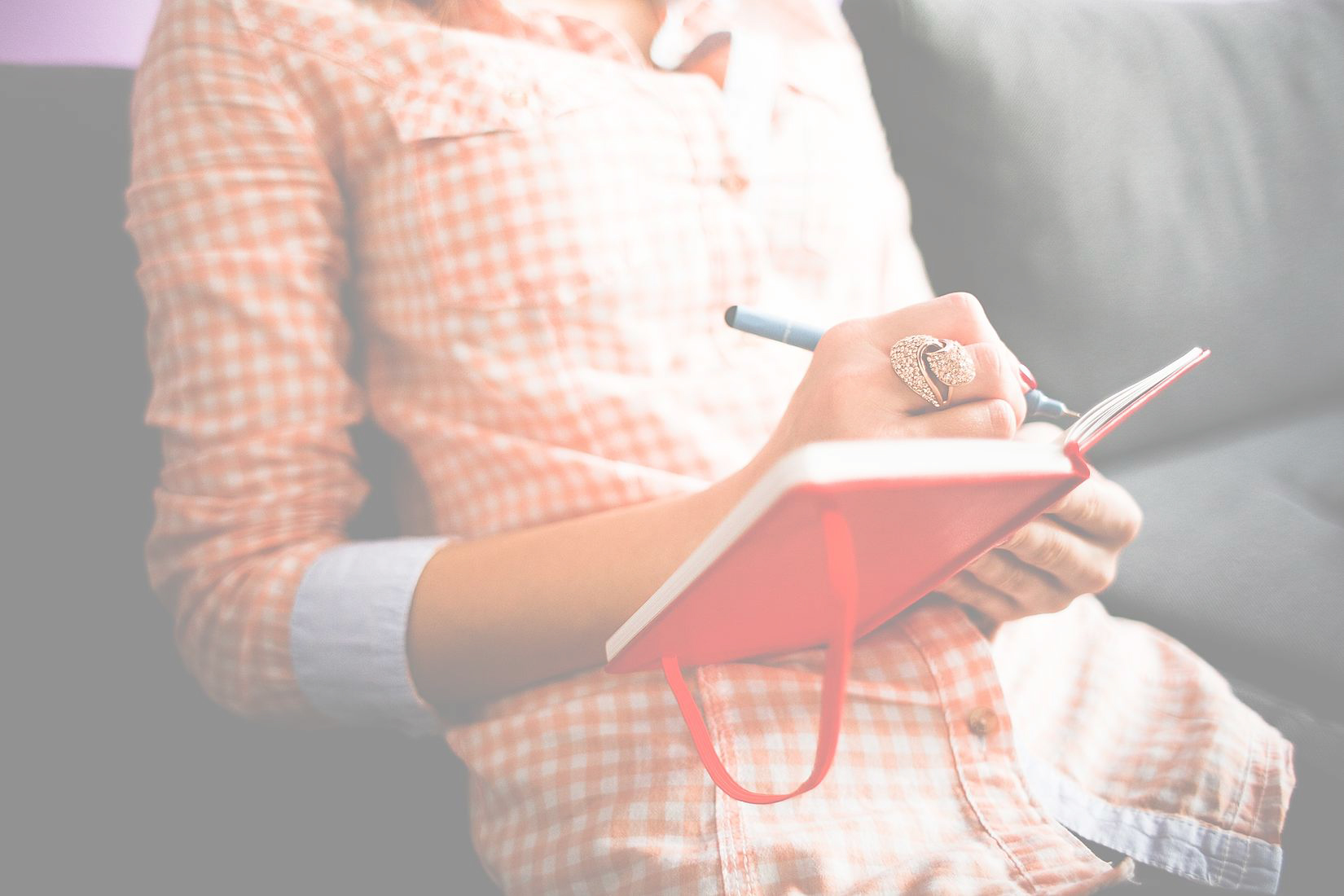 In The Tunnels Under Bold Street.

About 6 years ago, both myself and a colleague went down into the cellar of one of Bold Street’s shops.

Walking quickly across rotten wooden floorboards, our feet nearly going through them, we reached the stone floor of the other side. The cellar was as big as the shop above, and so you can imagine how big it was.

The stone floor was cobbled. It was for all intents and purposes what you would expect to find on an old street.

Looking at the walls of the cellar we noticed decades worth of graffiti – names and dates written hastily in the dark. There too were warnings.

An old door, left ajar on the side of the cellar we now found ourselves on beckoned us further in. Around it grew moss, and cobwebs were strewn about it’s proportions. Next to the door, a message became visible in the torch light: “BEWARE ALL THOSE WHO ENTER HERE!” A later writing next to it exclaimed the words “they’re not lying!”.

We heard noises coming from within the room… a wind was blowing but from which direction we were not sure. Again we heard the noise… a low buzzing sound mixed with a sort of clattering.

I wanted to go through the door. I looked at my colleague and asked her to come with me. She said she was terrified to go inside. “I’ll just wait here in case the door closes on you”, she said.

I stepped over the threshold. A dark narrow corridor lay in front of me, which turned off to the right. The ceiling was low, with cast iron pipes following the path of the turn. Dust was thick in the air, I kept catching glimpses of it as it swirled about my torchlight.

As I waked to the end of the passage and stepped into the next room, I met a chamber which went diagonally into another darkened room. In this first chamber, on the left hand side, were 3 partitioned working stations. Each had a surface at waist height for its respective labourer. They hadn’t seen a soul for many a year. Old objects were lain out – glass light fittings, bits of twisted metal, fallen masonry. A fine power of white coated everything.

I shouted to my colleague to see if she was ok. I then walked into the next chamber. This was bigger than the last, with bricks fallen from the ceiling not the cobbled floor. An old sign, was there, but no wording could be made out such was the deterioration of it’s material. It was then that I noticed that the light in my torch was starting to fade. My camera too was loosing battery power – but we had fully charged these things before we had came to the tunnels. My partner’s equipment too was beginning to drain. She began to get nervous. I walked over to the other side of this large room.

Now there was a corridor forward. I knew I was already far out into the street, although where I did not know. Perhaps all the way over the other side, under the opposite row of 200 year old shop fronts.
A fallen timber lay on the floor to the left, and caved in ceiling debris hung in mid air. At the end of this corridor lay a left turn. I entered another small room – more of a twist really. A bricked up window or hole in the wall was marked by different coloured bricks than the rest of the surrounding structure. Why would there be a window down here, deep underground?

Another passage lay up ahead. At the end was another turn, this time to the right. I hesitated… something didn’t feel right. I felt unsure of what lay down the passage. My light started to dim and flicker – suddenly my partner screamed at me to come back! But how far down would that passage go? I imagined it to run a long long way down. I bolted from the passage back in the direction from whence I came, speeding through the dark and dismal voids.

My partner was in sight, and desperately wanting to leave. The pipes above our heads were vibrating and rattling. She was shaking. As quick as we could we traversed the floorboards of the old cellar, my foot going clean through one almost losing me my balance. Running up the wooden stairs now on the other side we took a look back. “What was down that turn?” I thought. Would I be back another day? Maybe… 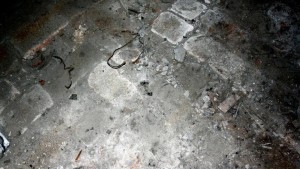 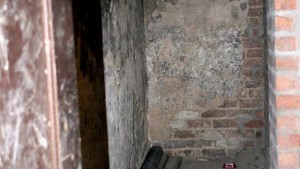 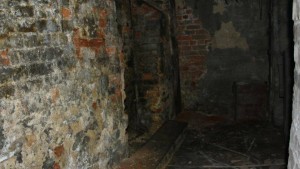 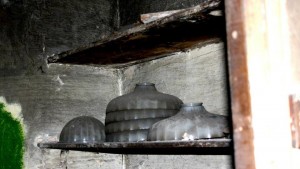 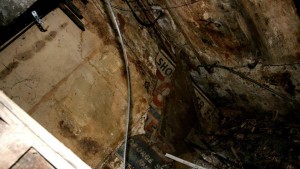 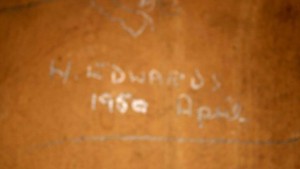 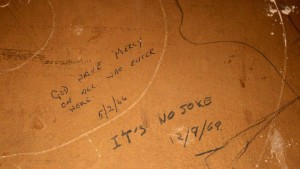 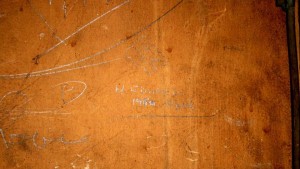 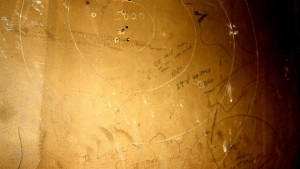 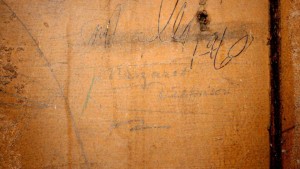 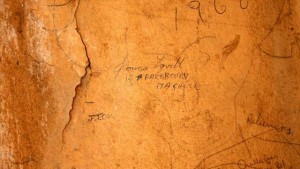 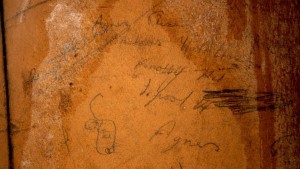